Lamond was born George Garcia in Georgetown, Washington, D.C. He moved to his parents’ native Puerto Rico at age 2. He remained in Puerto Rico until the age of 7, at which point the family (which included eight other siblings) returned to the contiguous U.S., settling in The Bronx, New York City, where he primarily grew up.

In 1989 Lamond’s debut single “Bad of the Heart” was released on the indie label, Ligosa Records. By the mid-to-late 80s, freestyle would cross over to non-Latinos with support by Pop/crossover radio stations across the U.S. with artists such as Shannon, Expose, Lisa Lisa, TKA, and Stevie B.

His debut album, also titled Bad of the Heart, also included a string of successful follow-up singles: “Without You”, “Look Into My Eyes” and “No Matter What”, a duet with Brenda K. Starr, which reached the Top 50 of Billboard.

In 1992, In My Life, Lamond’s sophomore album was released, bolstered by the lead single, “Where Does That Leave Love”, which quickly charted high.

As the Latin music business, in particular, began to recover in the mid-2000s, largely due to the rise of reggaeton, Lamond released his seventh studio album, Oye Mi Canto, in 2006 on Sony International.<

In 2008, after a hiatus from recording, George LaMond released a dance-pop cover of Journey’s song “Don’t Stop Believing Lamond’s cover reached #1 on New York’s 103.5 KTU radio and also found success on other U.S. pop stations such as Z100 in New York. 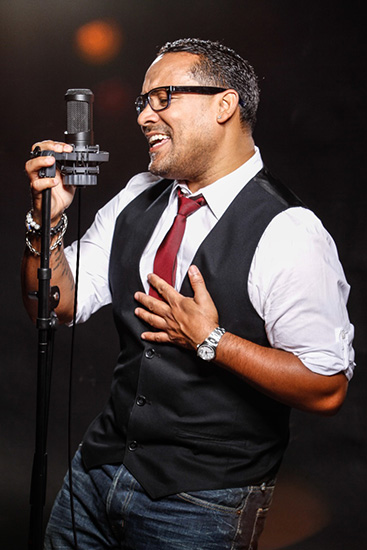